The short answer is yes! Painting behind these objects might seem to be a daunting task but in reality, it will be a lot easier than painting around them. When you paint around the edges of a fridge or a light switch, you risk the possibility of getting paint onto the object or having a messy edge. These things don’t take too much time to move out of the way and you likely already have all the tools you need to pull it off. Moving them will end up being worth the effort.

Do You Have to Paint Behind Them?

How to Paint Behind a Fridge

To paint behind a fridge, you’ll have to move it away from the wall. This could be very difficult if you are physically unable to lift or push heavy objects. You should get the help of a friend or a family member who is capable of moving a large object. Fridges are usually easier to move than it might seem so it’s unlikely that you would need any special equipment to move it or need to hire a professional. Just make sure to move it slowly so that the person who is moving it is safe.

Once you have the fridge moved out from the wall, just paint the wall as you would paint any other wall.

How to Paint Behind a Light Switch

Painting behind light switches is a lot easier than painting behind a fridge. All you need to do is unscrew the cover. Behind the cover, there will be a hole in the plaster with the wires for the light switch. These will be easy to avoid when painting because they are further back in the wall and not by the surface that you will be painting. Just make sure that you use a smaller brush rather than a roller when going over the area. Be careful to avoid the light switches when you’re painting as the actual switch part will be attached to the wires in the wall and not the cover, which you can easily take off.

You can use this same technique when painting around an outlet. Outlet covers detach in the same way that light switch covers do and will look very similar without their covers. Again, make sure not to paint the wires in the wall or the protruding outlet plugs.

These simple steps are easy to do yourself and will make the new paint look good. 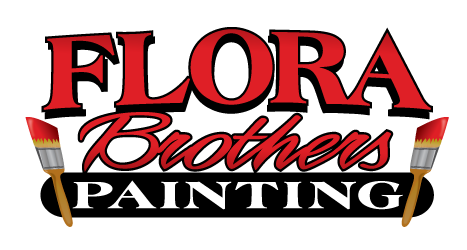