What We Consider When Painting an Occupied Building

February 26, 2020 / / No Comments
Painting an occupied building is a process that differs drastically from painting an almost-empty room in a brand-new house. There are so many more factors to be aware of, such as making sure that the paint remains in a safe location, that there is access to all important parts of the building, and ultimately, making sure that people aren’t too disrupted by the process. With all of this being said, there are a few things that a reliable painting company will do to ensure that things go as smoothly as possible on both sides.

Making Sure That People Have Prior Warning

Arguably one of the most important aspects of painting an occupied building is making sure that everyone knows when the painting process will begin. Not only does this help the building management schedule events around the time with more than enough advance to make things work, but it also ensures that customers and occupants of the building know what is going on when the painters are setting themselves up. You will generally want to have as much notice as possible, both for the sake of the customers and also for the sake of the painters.

Getting the Timing Just Right

There are two aspects of timing to consider. First, you will want to consider getting your building painted during the off-season for the painters. During the off-season, it is much easier to schedule appointments later in the evening and on the weekends, which might be times when an occupied building doesn’t have as many people in it as it normally would. However, if the paint job is urgent and cannot be postponed until the off-season, you have another choice to make.

Instead, you will need to make sure you choose a time of day, time of month, and time of year where there are not nearly as many people inside the building as there usually are. This could be in the morning, midday, or at night. It could be that less people visit your building during specific seasons. These are all things you will need to factor into this decision. Making sure that you paint at a time when there are fewer people ensures that the painters can work as efficiently as possible.

Making Sure Nothing Is in the Way

There are also two aspects to this idea. For one, you will want to make sure that when you are talking to the painters about where you need paint jobs to be done, you are not obstructing too much of the building. For example, if you plan on eventually repainting all of the bathrooms on a floor, you shouldn’t shut them all down at once as this will inconvenience everyone on the floor. Instead, you would want to alternate them so that everyone can get their turn.

The other aspect to consider is that you will want to make sure that the painter has enough space to store paint away safely. Especially in occupied buildings, there are going to be curious children running rampant. This means that there is a chance they could spill the paint, or worse, ingest the paint. Nobody really wants this to happen. By making sure your painters have the room to keep their paint safe, you won’t have to worry about this happening to you.

The Importance of Your Building’s Paint Design 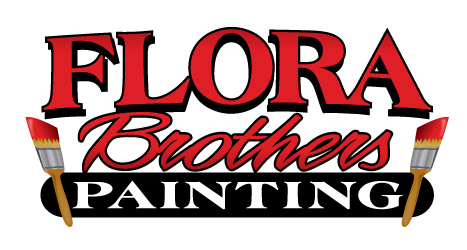